Add to Lightbox Download
EU Ambassador to the EU Marc Vanheukelen, in discussion with Keith Rockwell, chief spokesman of the WTO, prior to a General Council Heads of Delegation meeting. "As the world's largest trading entity, and the single largest provider of Aid for Trade, the EU, speaking with one voice in the WTO ...As laid down by Treaty, the European Union institutions have exclusive competence over international trade policy."
The World Trade Organisation, headquartered in Geneva, has 164 members, and in theory, negotiates and regulates global trade. It is however in crisis: new multi-lateral trade negotiations have been stalled for years, while it's principle dispute settlement body, the 'crown jewels' of the WTO and the global trading system, is almost completely blocked. Calls for reform are intensifying. 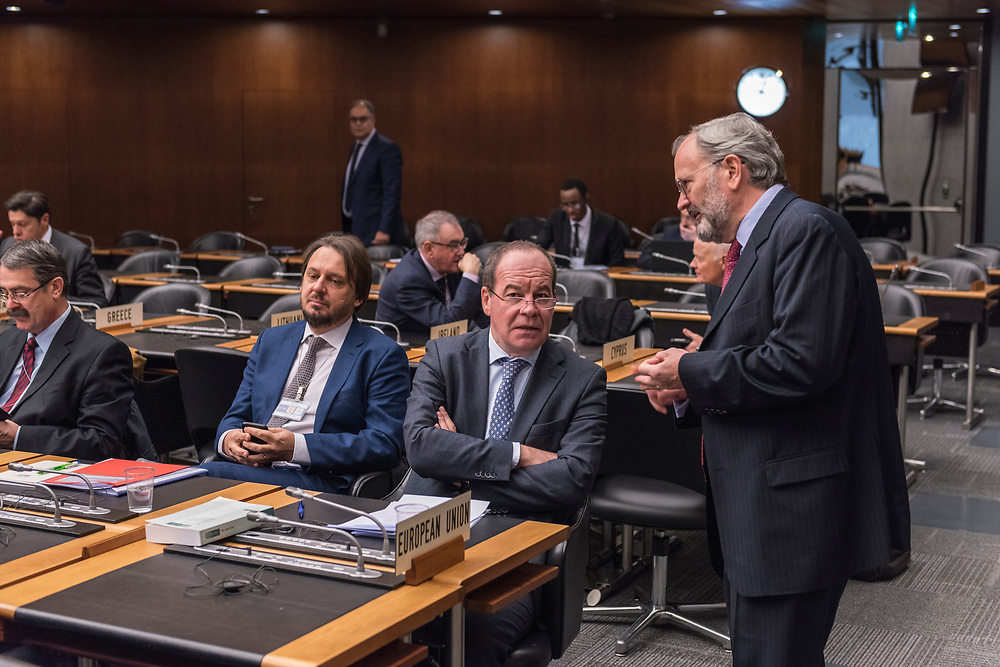