Add to Lightbox Download
Man with England T-shirt on West Street, with has many 'European shops', which some locals claim to be fronts for money-laundering and smuggling - of alcohol and cigarettes.
According to census data, from 2011, there 65,000 people in the area, but Boston Council claimed as long ago as 2013 that it could be as high as 77,000, up from 56,000 in 2001, a massive increase, mostly from immigration.
Boston was the district which voted most extremely for Brexit in the UK, by 75.6% per cent of the popular vote on a high turnout of 77.2%. The neighbouring fenland district of South Holland, was the district second most in favour of Brexit. 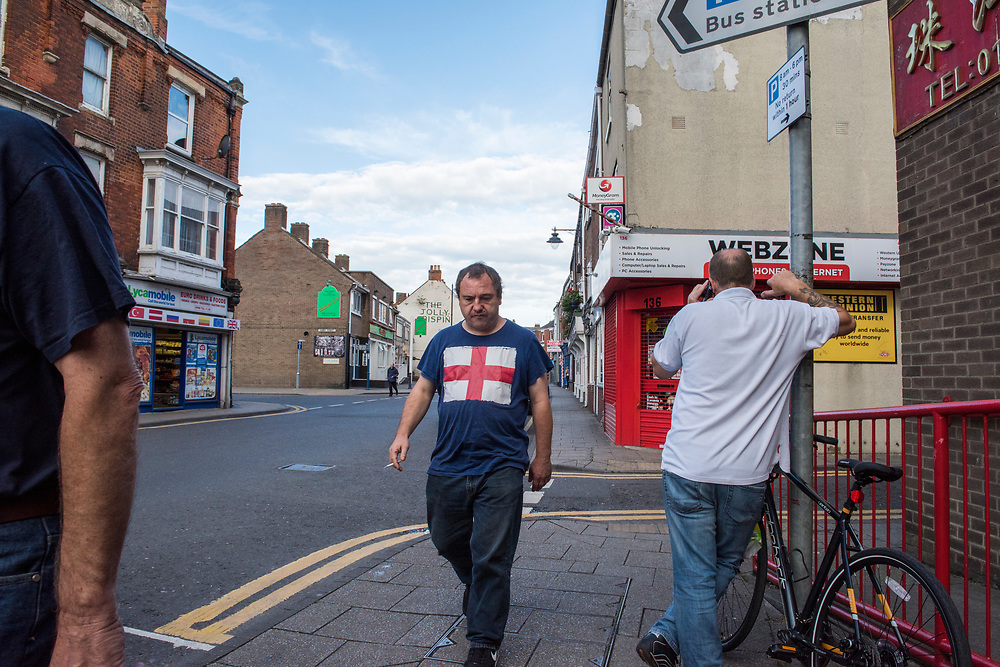