Add to Lightbox Download
United Nations Office Geneva, Strategic Heritage Plan View of the new building under construction from a stared staff area of UNCTAD, on a higher floor of Building E, which dates from 1973 and whose upper 7 floors are to be removed ("the only way to have an asbestos-free, energy-efficient building that is fully compliant with seismic, fire safety and accessibility codes".
The Strategic Heritage Plan, is a US$878 million project to renovate and modernize the UN’s European headquarters, around the Palais des Nations, in Geneva, which dates principally from 1932 when it was built for the soon to be defunct League of Nations. The present space for 2,800 staff, will rise to 3,500 once work completed, partly by adapting to an already discredited ‘hot-desking’ system, as in place in New York. The project, with half the budget going in mechanical plumbing and electricity (over 1700 km of wiring) involves the removal of 7 floors of one building, due to asbestos, and the construction of a completely new glass-faced structure, that will hold 1400 work stations. Many of the site’s 34 conference rooms, which host 10,000 plus meetings a year, will also be renovated. The project is already behind schedule, and internal audits point to series deficiencies in the SHP’s operating procedures. 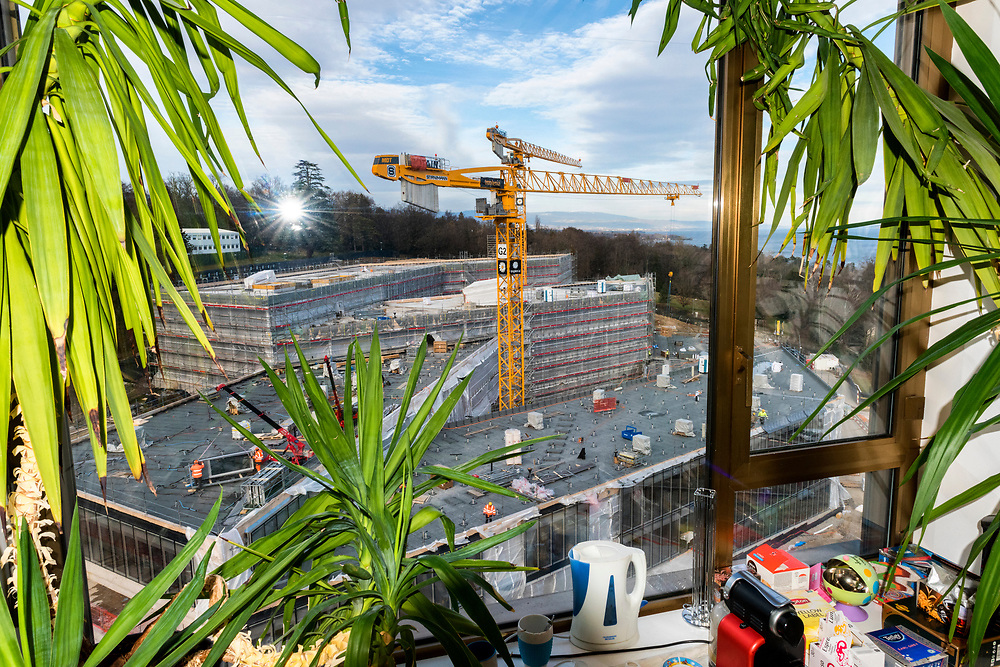